After 35 years as a prominent staple in the foodservice industry, Jack Scott, Alto-Shaam Senior Vice President of General Market Sales, will retire at the end the year. Succeeding Jack in the role, Alto-Shaam has hired Matt Webber to begin on Monday, September 19. Matt and Jack will work closely together through the end of December to ensure a seamless transition. 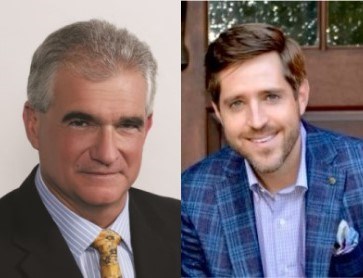 Scott began his industry career in 1987—being the first to introduce Alto-Shaam products in Australia and the Pacific Rim while working for a distributor. In 1998, he returned to the United States as Alto-Shaam’s National Accounts Manager and Western Regional Sales Manager, while maintaining leadership of the Australia and Pacific Rim market. Scott then advanced to National Sales Manager before being promoted to his current role.

“Jack has dedicated decades of outstanding service and leadership to Alto-Shaam and the industry,” said Steve Maahs, President, and Chief Operating Officer at Alto-Shaam. “His strategic leadership has not only positively impacted the growth of the industry and Alto-Shaam, but also so many of us who have been lucky to work with him, as the true friend and partner he is.”

Scott served the industry in numerous ways throughout his career, working with many industry leaders in organizations such as FCSI, AHF, MAFSI and FEDA. Scott’s achievements include: FCSI Board of Trustees Worldwide, FCSI Board of Trustees for the America’s Division, FCSI Board of Directors Education Foundation, FCSI Conference Planning Committee and founding member of the AHF Board of Directors, Southern California Chapter. He is also a NAFES-certified CFSP professional, becoming one of the first to be accredited in Australia.

“It has been an honor to dedicate my career to Alto-Shaam and this industry,” Scott said. “I am very proud of the accomplishments of not only my general market sales team, but also my Alto-Shaam colleagues around the world. With heightened focus on the challenges and needs of operators, I know that Alto-Shaam will only continue to thrive and push the limits of what is possible for our industry.”

Succeeding Scott in the role of Senior VP of General Market Sales, Alto-Shaam has hired Matt Webber to begin on Monday, September 19. Webber and Scott will work closely together through the end of December to ensure a seamless transition.

With more than 15 years of commercial appliance and sales leadership experience, Webber will lead and manage Alto-Shaam’s general market sales team in the successful execution of strategic objectives and growth targets. He will plan, direct and coordinate the team in developing strong values-based relationships with customers, manufacturer’s representatives and dealer partners.

Webber will report directly to Lucy McQuillan, Chief Commercial Officer. “I am very pleased to welcome Matt to the Alto-Shaam family,” McQuillan said. “He joins us with a wealth of sales leadership experience within and outside of the foodservice industry and a proven track record of successfully leading sales teams."

Alto-Shaam’s team is dedicated to exceeding customer needs. To learn more, talk to an expert today.

Talk to an Expert
Request A Quote
Receive industry updates and tips in your inbox.