Given Blue’s Egg’s growing reputation and the massive production, it was a no-brainer to try out the Alto-Shaam Combitherm® oven. Blue’s uses the Combitherm with a ventless hood sitting on the counter in the prep area of the kitchen because there is no room under the hood. After two years, it continues to reside in their kitchen, cooking a variety of food daily. 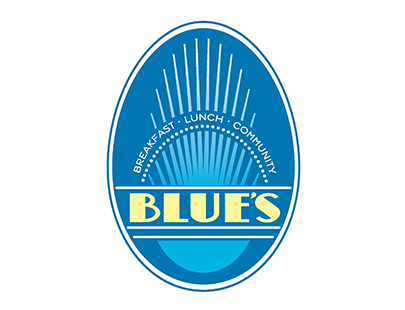 Erick Fisher has cooked everywhere from California to New York and Virginia. For the past four years though, he’s called Milwaukee home, where’s he had the chance to be the most creative in the kitchen at Blue’s Egg. 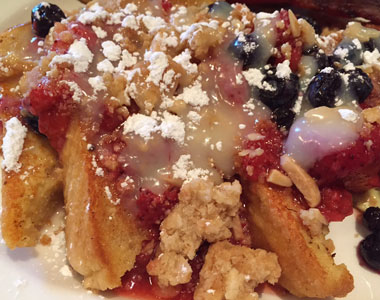 The restaurant opened its doors in July 2010 as a melting pot of American culinary.  Recently named head chef, Fisher’s been with Blue’s Egg since it opened and has seen the impact that the restaurant has had on the local community.

Only open for breakfast and lunch, Blue’s dishes out 3,000 plates weekly. The restaurant takes an “Ellis Island” approach to cooking by incorporating cuisines from all over the world including Ireland, Taiwan, China and Eastern Europe. Named “Favorite Breakfast” and “Best Restaurant” by media outlets, Blue’s has become a local favorite and staple in the community.

“Blue’s is casual dining with a fine dining experience,” Fisher said. “You can come to Blue’s in your pajamas and still get a quality meal.”

With a cooking staff of about 20, Fisher needed to make the team efficient in their small kitchen. In the beginning, they used conventional and convection ovens to prepare and cook the food. This method was limiting them to what they were able to do with their menu.

That all changed when Joe Muench, executive chef and co-owner of Blue’s Egg, was approached by Chef Robert Simmelink from Alto-Shaam. Given Blue’s Egg’s growing reputation and the massive production, it was a no-brainer to try out the Alto-Shaam Combitherm® oven. Blue’s uses the Combitherm with a ventless hood sitting on the counter in the prep area of the kitchen because there is no room under the hood. After two years, it continues to reside in their kitchen, cooking a variety of food daily.

The Alto-Shaam Combitherm combination convection-steamer oven is the all-in-one solution for efficient and consistent volume food production. It combines multiple cooking functions into a single appliance, providing endless versatility, reliability and unmatched performance. Blue’s cooks everything from custard dishes such as crème brûlée and cheesecake to soft cooked eggs and deli-style meats in their Combitherm oven. Fisher uses the probe to do a low and slow steam style of cooking for their proteins, resulting in thoroughly cooked, tender meat.  He also uses the browning bar for cheese or seafood spreads and chicken or water chestnut rumaki. These units are an ideal alternative for the convection oven, kettle, steamer, fryer, smoker and dehydrator.

“The opportunities are endless when it comes to what we can cook with the Combitherm oven,” Fisher said. “In my many years as a chef, I’ve never seen anything quite like it on the market.”

Fisher’s other favorite features of the Combitherm oven are the touchscreen technology and the self-cleaning mode. The recipe management system offers programmable recipes and can store up to 250 recipes with up to 20 steps each. This helps deliver remarkably consistent results at the touch of a button, eliminating the guesswork for the kitchen staff. It allows the user to do everything from cooking a roast overnight to preparing their favorite dessert in one click.

An underestimated benefit is the self-cleaning mode, according to Fisher. It allows him to set the cleaning mode the night prior and forget it until the next morning, resulting in clean oven. It saves Fisher and his staff a lot of time and effort, allowing them to focus on other items instead of scrubbing down the oven.

“The Combitherm oven gives us a lot more latitude,” Fisher said. “Now, we have the opportunity to use a lot more techniques such as the steamer and the browning bar. It’s also been great for braising and roasting our meats.”

“We’re boundless as to what we can put on a plate,” Fisher said. “Our Combitherm oven helps us to consistently reinvent ourselves by not limiting us on what we can do in the kitchen.”