The addition of an Alto-Shaam Cook & Hold oven is helping John's Pork Roast's bottom line with less shrinkage for his pork roast and by allowing him to cook beef in-house instead of purchasing expensive cuts of pre-cooked meat.

“We’re a throwback business and there’s something to be said about being old school,” said owner John Bucci, Jr. “But if innovation beats the old way, you have to change with it.” 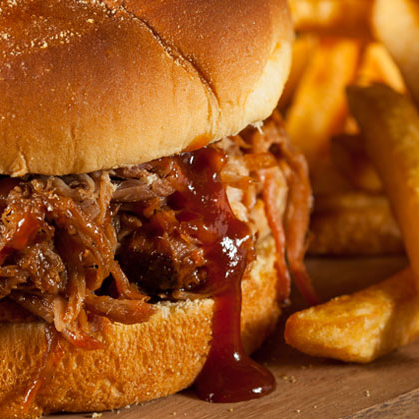 One tweet from a local restaurant critic was all it took for John’s Roast Pork restaurant to go from a small but popular Philadelphia sandwich shop to an award-winning business attracting tourists from around the country.

Sales doubled in recent years as the media buzz about their restaurant increased with multiple awards and public recognition, including the James Beard Foundation Award for America’s Classics, a finalist on the Travel Channel’s Adam Richman’s Best Sandwiches in America, and also featured on the Travel Channel’s Bizarre Food with Andrew Zimmern.

Social media, however, isn’t the only technology that’s had a positive impact on John’s Roast Pork's bottom line. The addition of an Alto-Shaam Cook & Hold oven is helping his bottom line with less shrinkage for his pork roast and by allowing him to cook beef in-house instead of purchasing expensive cuts of pre-cooked meat.

“We’re a throwback business and there’s something to be said about being old school,” said owner John Bucci, Jr. “But if innovation beats the old way, you have to change with it.”

John’s Roast Pork restaurant is much more than a place to get one of the best roast pork sandwiches in the nation. It’s a family legacy for Bucci.

The now famous sandwich shop got its start when Bucci’s grandfather immigrated to America from Italy in the 1920s. After arriving, he bought a shed a few miles from where the Phillies and Eagles played and turned it into a wedding catering company. In 1930, the shed became the Snyder Avenue Lunch Bar where the entire Bucci family served roast pork and meatball sandwiches to the locals. Eighty-four years later and the Bucci family is still serving up the most popular sandwich in town.

The restaurant is only 20 yards from front to back. Since its opening, John’s Roast Pork has roasted pork in a gas oven using the same recipe and spice company that his grandfather used in 1930. This family tradition made Bucci hesitant to change at first because the old way worked for his grandfather, but times and cooking technology evolve.

Bucci’s introduction to new cooking technology was almost an accident.

He needed a work table and went to Frank, his foodservice equipment rep, who ended up also showing him the ultra-compact Alto-Shaam Cook & Hold oven. Frank cooked two pork roasts, one in a standard oven and the other in the Alto-Shaam oven. In the standard oven, the roast lost six to seven pounds due to shrinkage. The Alto-Shaam roast only lost two to three pounds and retained more juice. Bucci was sold.

And the savings weren’t just found in cooking pork roast. Before acquiring the Alto-Shaam Cook & Hold oven, Bucci was purchasing expensive, pre-cooked beef and slicing it in-house. Now, he buys beef at a lower cost and cooks in the Alto-Shaam oven.

“It has created a unique situation,” Bucci said. “Not only are we paying less, we are making more – and at a better quality. Usually, you have to sacrifice one of those.”

Founded in 1955, Alto-Shaam is the inventor of the original Cook & Hold oven that revolutionized low-heat cooking and the commercial cooking industry. With no flavor carryover, reduced energy consumption and no exterior ventilation needed, the Cook & Hold can work all day, every day, with maximum efficiency. It’s versatile too; options include cooking, roasting, baking, braising, smoking and drying.

The Cook & Hold oven has many features including easy-to-use technology that allows users to program recipes into their oven, which helps deliver remarkably consistent results at the touch of a button. This allows the chef to prepare food accurately and consistently, which eliminates the guesswork and provides peace of mind. The ultra-compact and lightweight design easily fits into small areas such as the kitchen at John’s Roast Pork. The oven also automatically switches from cook to hold, cutting down on labor prep costs.

“Since we roast the pork at night, we had to physically go to the restaurant nightly to turn off the gas oven,” Bucci said. “Alto-Shaam has made my life a lot easier with their convenient, easy-to-use ovens.”

Alto-Shaam’s Halo Heat® is what sets the Cook & Hold apart from other products in the industry. Other products can lead to dried-out food, overcooked food, and wasted energy. The soft, gentle Halo Heat holds foods at the perfect temperature for hours and hours, eliminating waste from overcooked foods. The fast efficiency and high quality of the Cook & Hold oven has allowed Bucci to keep up with the growing demand and serve customers the sandwiches they expect and deserve when they come to John’s Roast Pork. The restaurant is expanding in the near future and plans to install two more Alto-Shaam ovens to assist with their growing success.

“We’ve gone from having the same hundred customers every day to all kinds of new faces from all over the world,” Bucci said. “Alto-Shaam has allowed us to expand our customer reach beyond anything we could of imagined 84 years ago.”